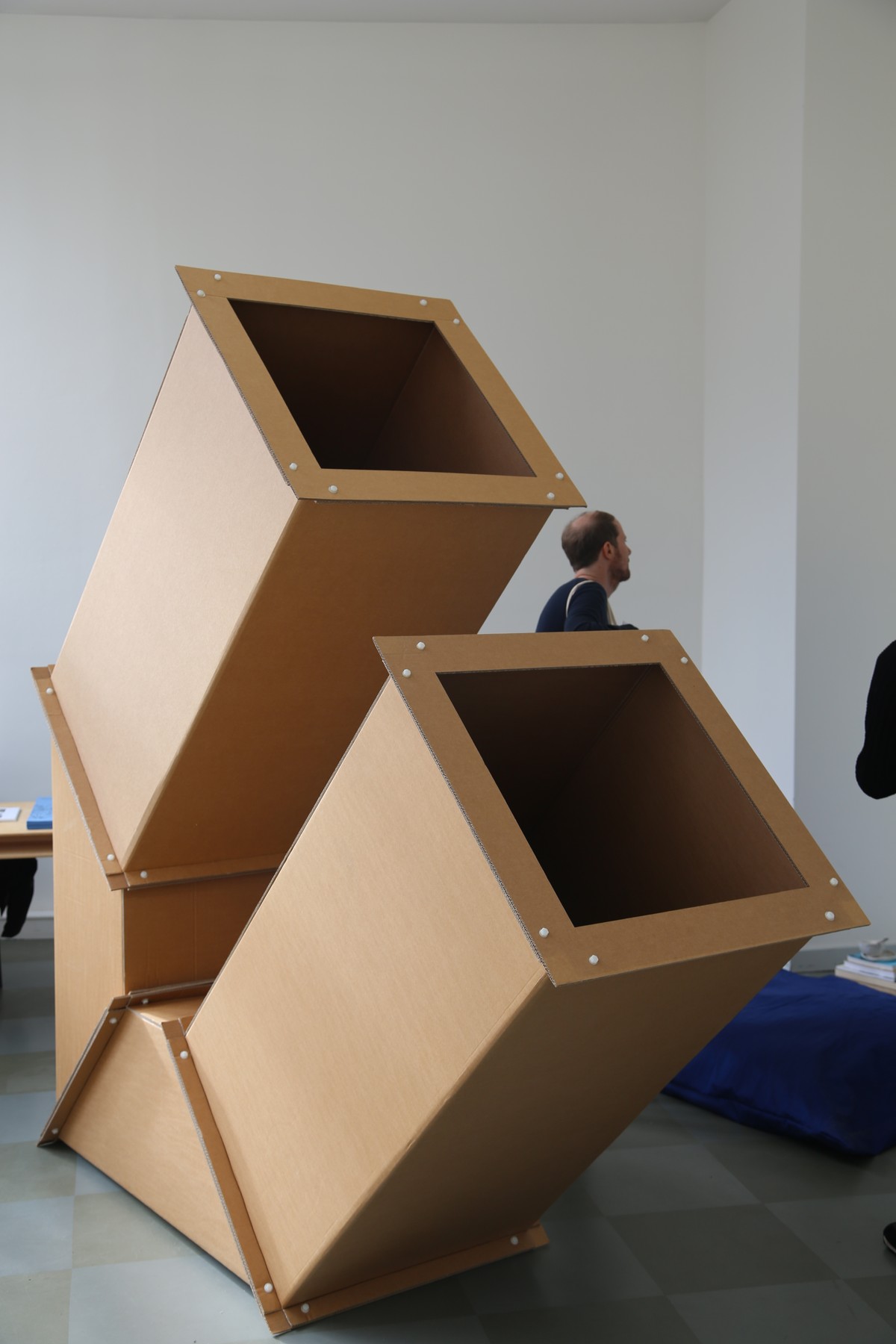 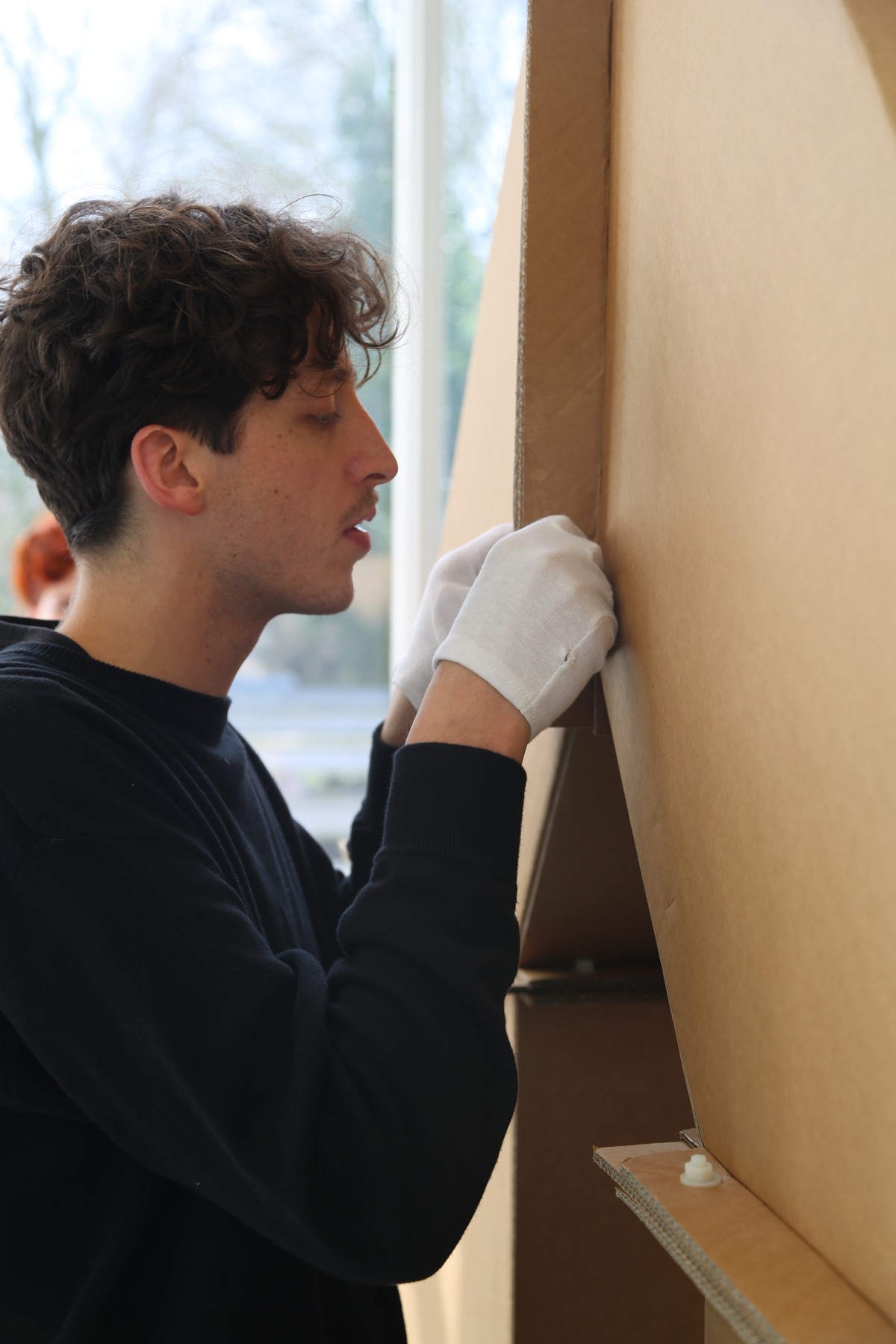 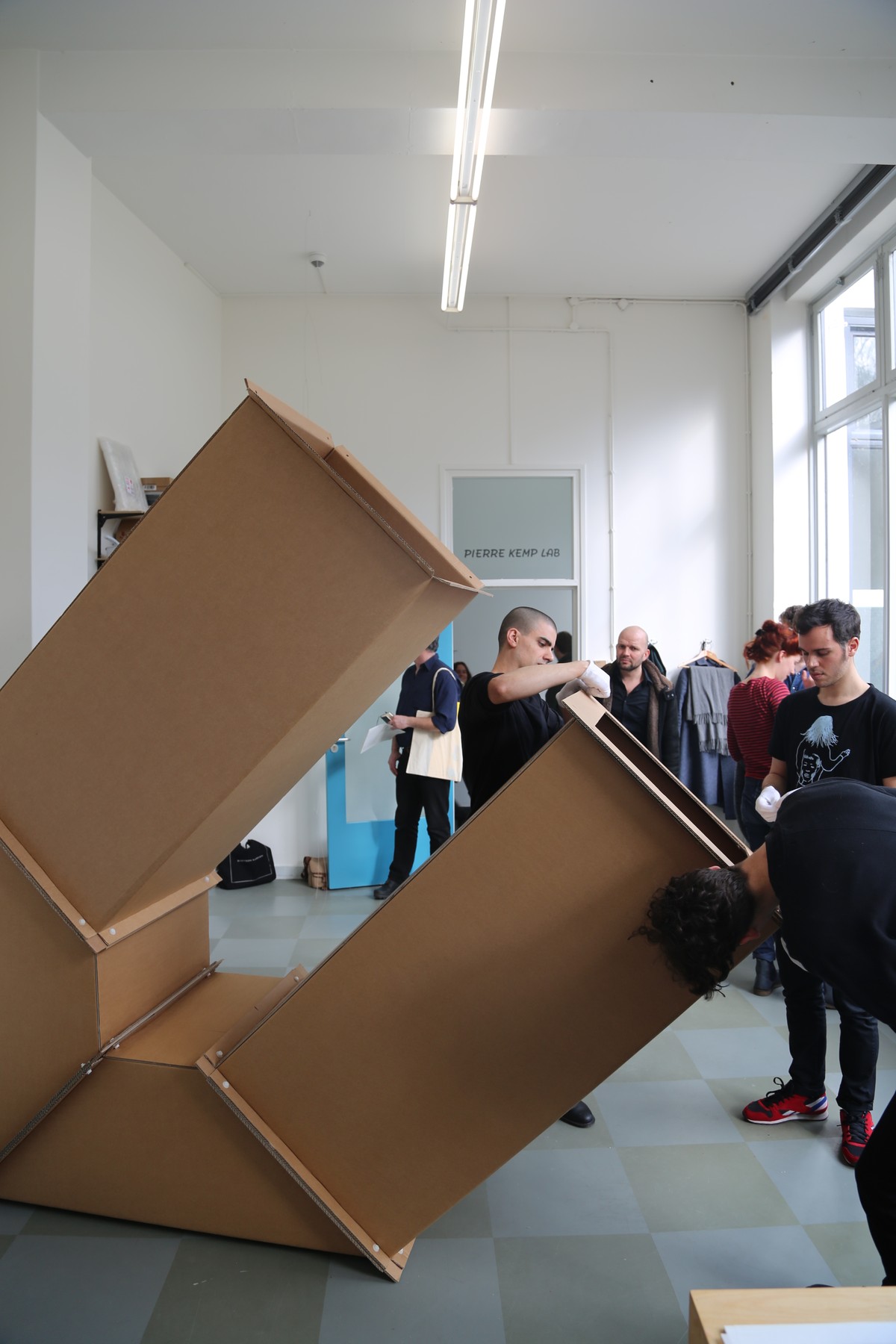 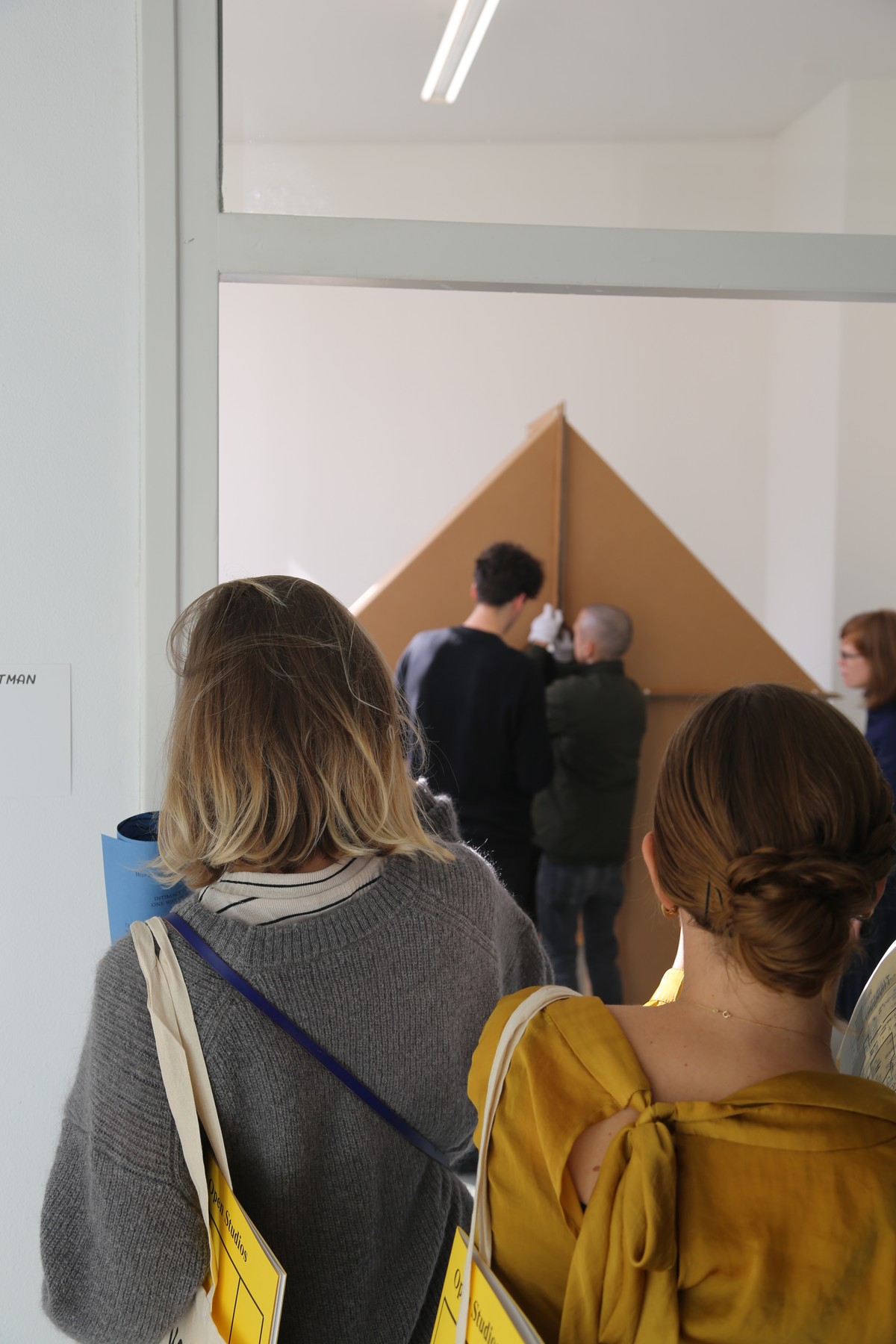 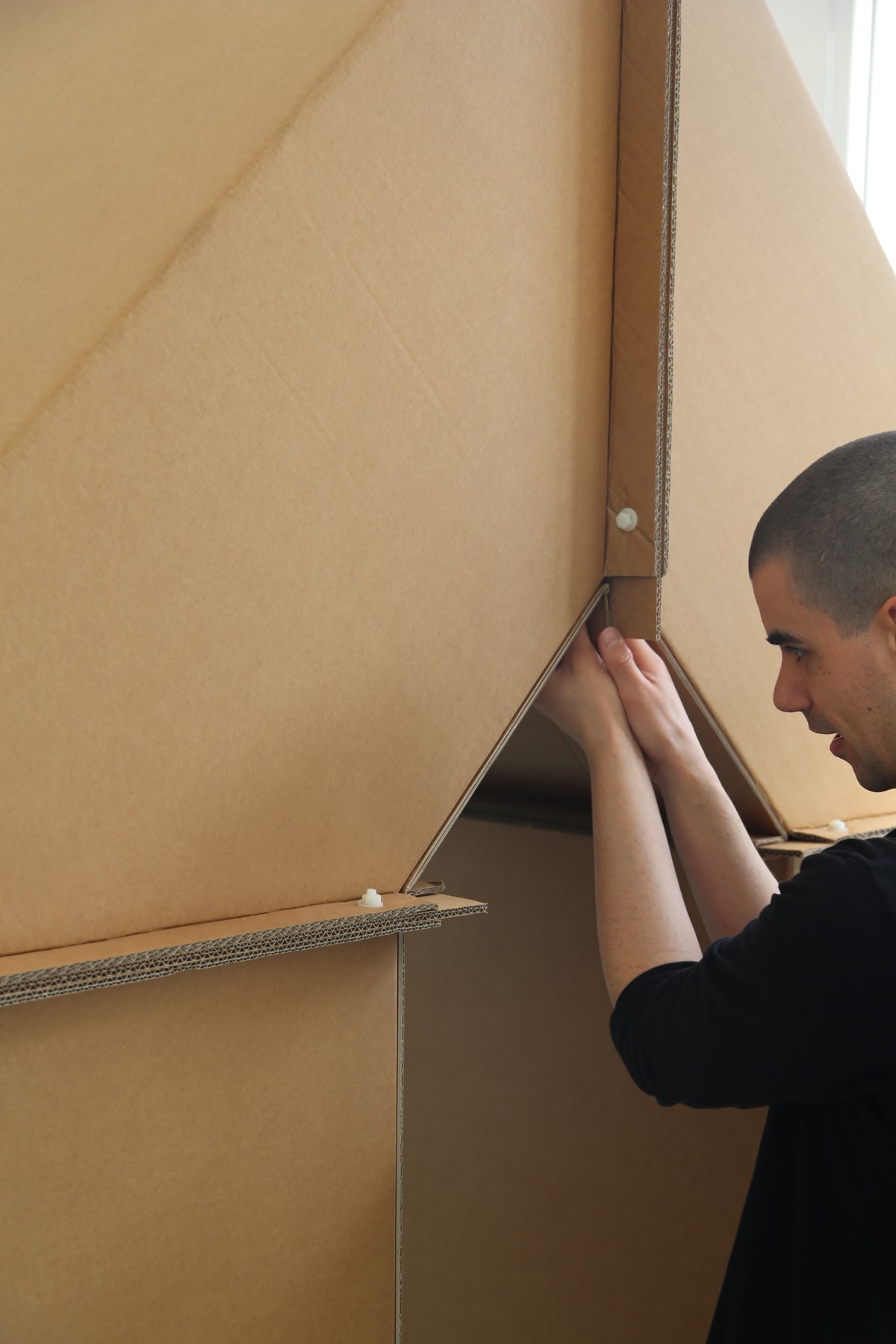 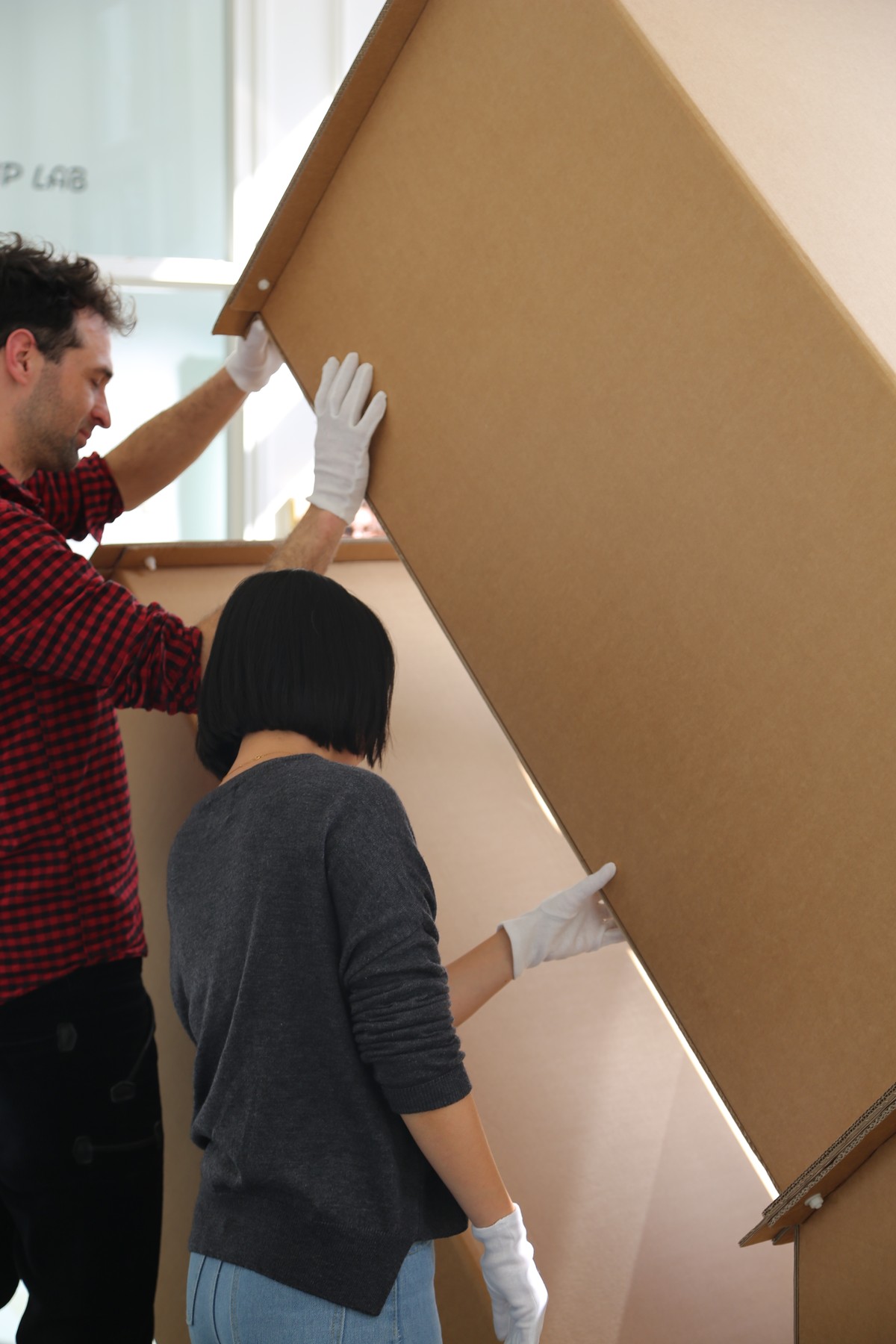 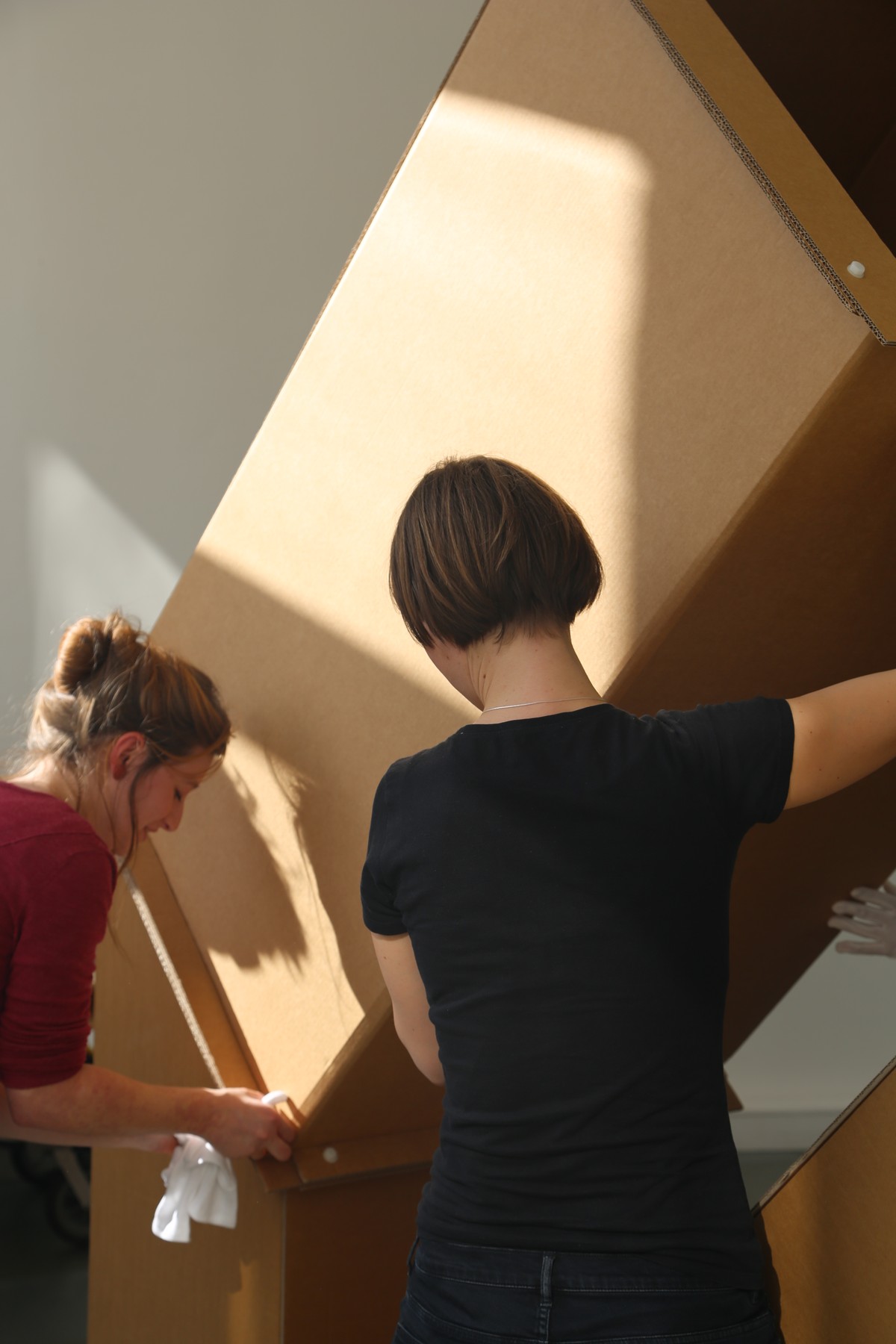 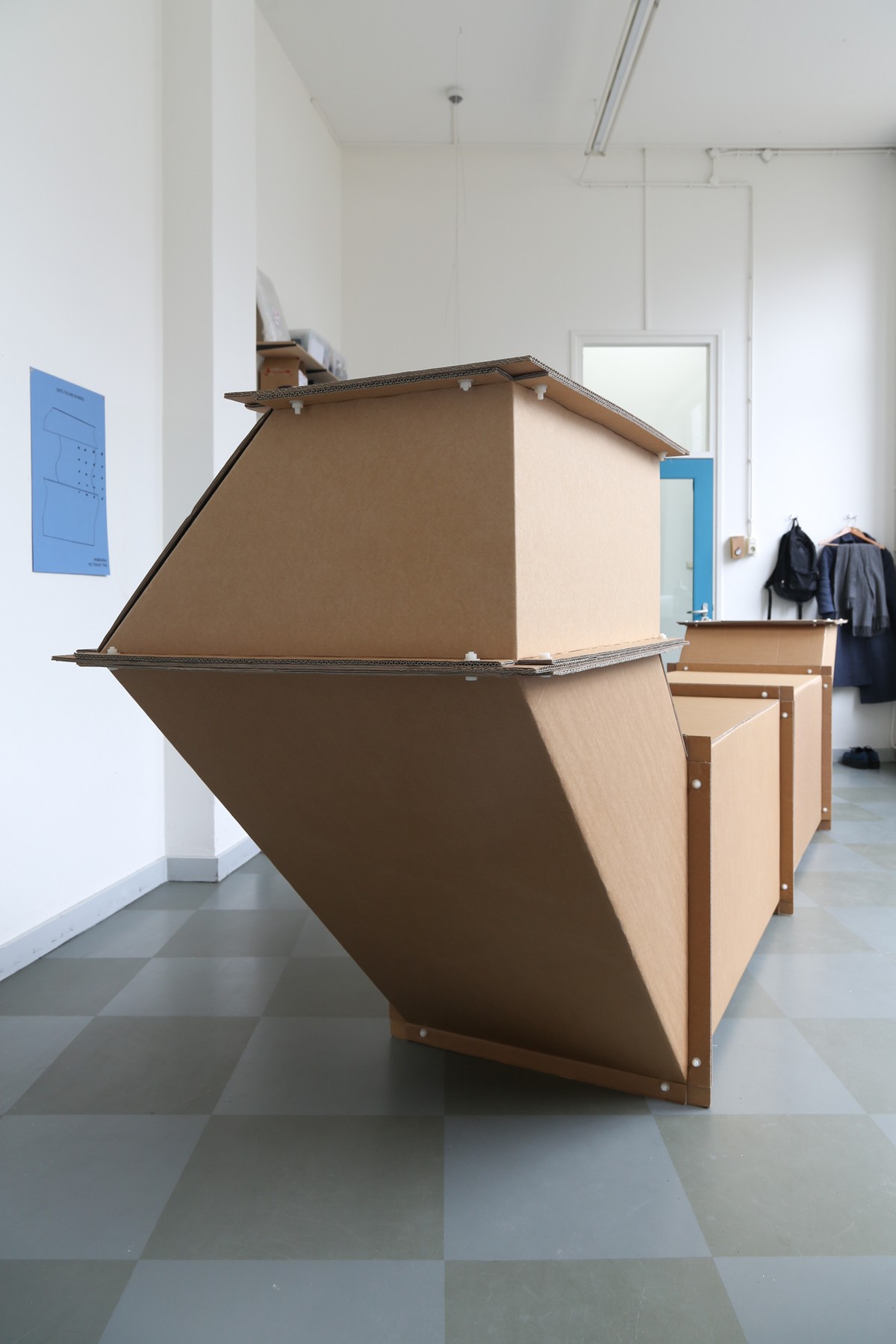 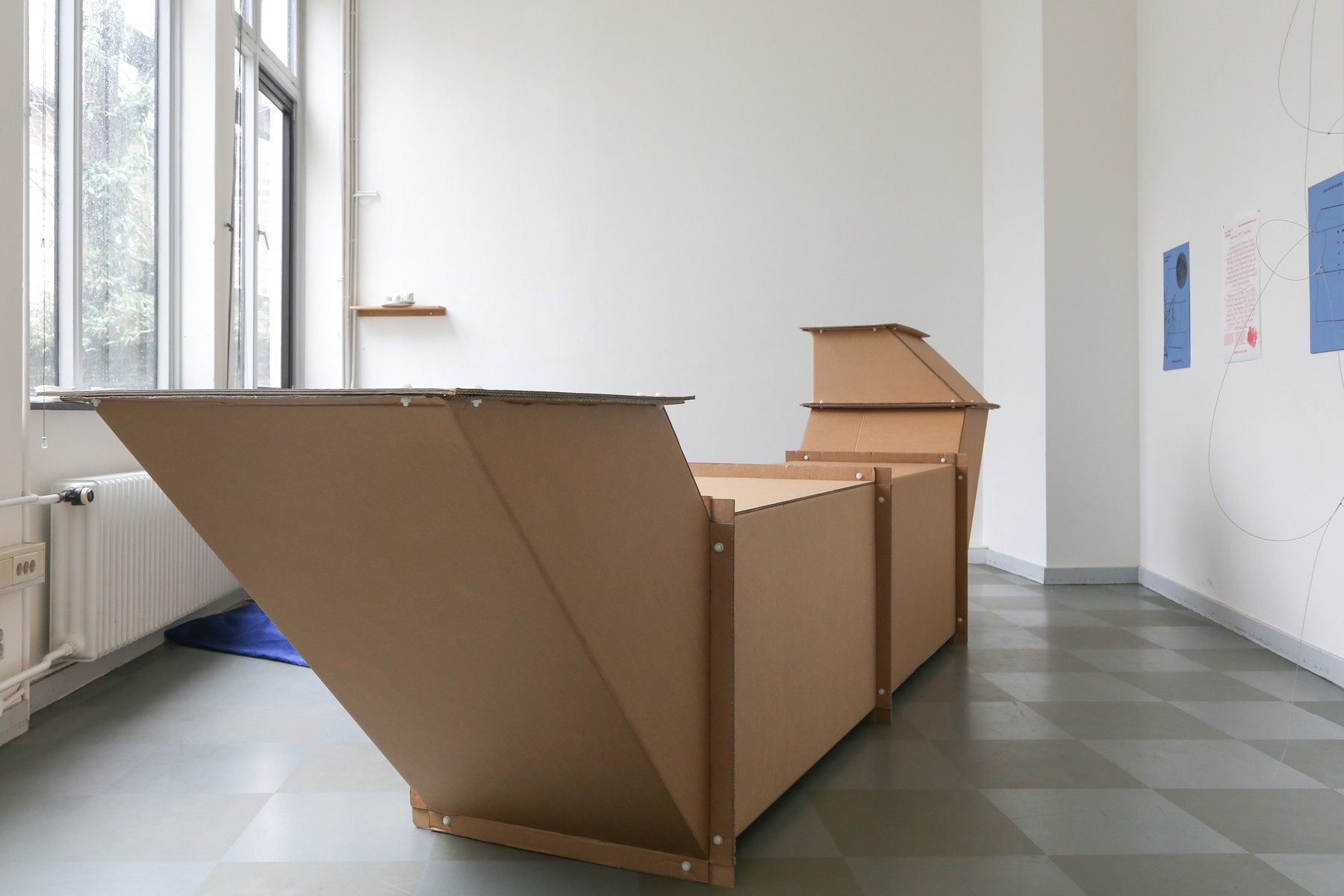 The DW series requires shared labor and shared decision making with the exhibition team, and at times with the audience to build the work. Together, in the construction of the artwork, they are responsible, they do not know together, they care for the work in the open, and to take a position. The DW series is an artwork that is infinite and continuously reconfiguring, like a community of not knowing that breaks apart and reconfigures itself again and again in intricate and complex ways.

Charlotte Posenenske, née Mayer (1930–1985) was a German artist associated with the minimalist movement who predominately worked in sculpture, but also produced paintings and works on paper.